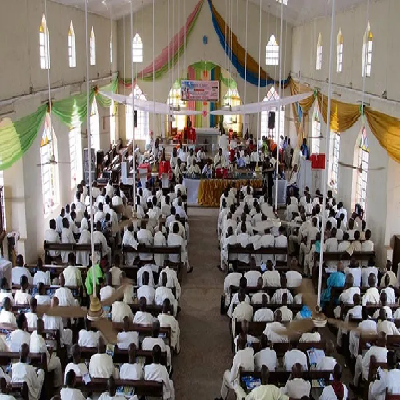 Some Muslims joined Christian faithfuls at the Christ Evangelical and Life Intervention Ministry in Sabon Tasha in Kaduna state to celebrate their Christmas service on Saturday, December 25, 2021.

525 Muslims including members of the Islamic Movement in Nigeria (IMN), popularly known as Shiites, were present at the church.

Some of the Muslim attendees also joined the Christians in a dance.

As part of its commitment towards strengthening religious tolerance and Christian-Muslim relationships in Africa, CPPBI, formally commends the Muslim community in Sabon Tasha, Kaduna State, for deeming it fit to Join their Christian brothers and sisters in marking the Christmas festivities.

It is hoped that this show of unfettered goodwill, fellowship and love by Muslims towards Christians, would serve as a catalyst for more peaceful relations among faithfuls of both religions in the future, not only in Sabon Tasha, but across Kaduna State and Nigeria in general.

It would be gladdening if this exemplary expression of love by Muslims towards Christians is reciprocated by the latter. It is also a gesture that is worthy of emulation by members of other faiths.

Peace can only be achieved by understanding! Let Love lead!