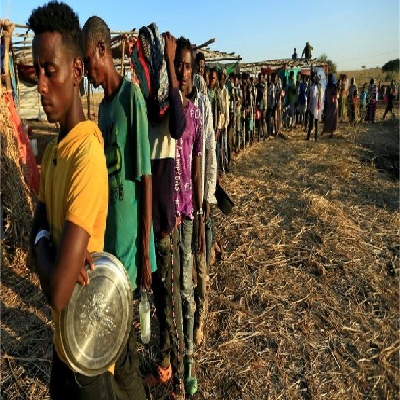 Tigray has been largely cut off from the world for 16 months, after a power struggle between the Federal and Government and the Regional Government of Tigray, Northern Ethiopia, exploded into a civil war along ethnic lines in November 2020.

It has been hard to track exactly what is going on across the region due to communications blackouts, with aid organisations and journalists largely barred from entering.

According to WHO reports, Tigray is currently facing the world’s biggest health “catastrophe”, as the over six million people, who have been sealed off from the outside world for 500 days, are facing an unparalleled health crisis.

We call on the world to respond to this “forgotten crisis” as the situation in Tigray and the neighbouring regions is deteriorating rapidly.

There is almost no fuel, no cash and no communications. No food aid has been delivered since the middle of December, [and] 83 per cent of the population is food insecure.

Again, the treatment programmes – including for 46,000 people with HIV – have been abandoned, while roughly three-quarters of health facilities have been damaged or destroyed.

There is nowhere on earth where the health of millions of people is more under threat than in the Tigray region.

We call on the African Unio, AU, and the United Nations Organization, UNO, to help convince Ethiopia and Eritrea of the need to end the ongoing blockade and siege, in order to allow unrestricted and safe access for humanitarian supplies and workers to save lives in the Tigray region.

Time is of essence. The world must not forget Tigray. Its people are in dire need of help.