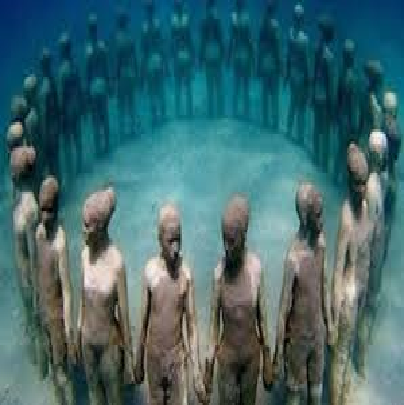 The International Day for the Remembrance of the Slave Trade and its Abolition is an international day celebrated August 23 of each year, the day designated by #UNESCO to memorialize the #transatlantic #slavetrade.

As the world marks this year’s edition of the International Day for the Remembrance of the Slave Trade and its Abolition, CPPBI calls for a remembrance of the millions of people, especially of African descent, who experienced the worst forms of abuse and violations of #humanrights in the past, so that they may inspire the rest of humanity to build a more just future.

According to current estimates about 12 million to 12.8 million Africans were shipped across the Atlantic over a span of 400 years.

CPPBI, however, would want the modern fight against #traffickinginpersons, which is among the fastest growing criminal activities worldwide, to be accelerated by national governments and international organizations.

Human trafficking preys on women, children and men; it feeds off common hopes, and people’s aspirations for a better life. ILO puts, the minimum number of persons in forced labour, including sexual exploitation, at any given time as a result of human trafficking, at 2.45 million.

CPPBI commends the United Nations for creating a global instrument to address this crime, in the form of the Protocol to Prevent, Suppress and Punish Trafficking in Persons, Especially Women and Children, which supplements the #UN Convention against Transnational Organized Crime, which entered in force on 25 December 2003.

We also laud the UN’s Support to Victims of Trafficking in Persons via its Nations Voluntary Trust Fund for Victims of Human Trafficking, which supports the timely provision on the ground of humanitarian, legal and financial aid to victims of trafficking.

However, much more can be done to assuage the pains of the victim countries of the Transatlantic Slave Trade who are still reeling from the monumental losses incurred during a time that qualifies as the darkest in human history. This should come in the form of restitution by countries responsible for the trade in slaves, with the UN acting as facilitator.

The world needs closure on this dark spot in her checkered history; one that everything must be done to redress.

Slave trade is a crime against humanity!