Initiated in 2010, Conflict Prevention and Peace Building Initiative is a non-governmental, non-profit, non-political and humanitarian organization that is committed to the prevention of violent conflicts in Nigeria and Africa. 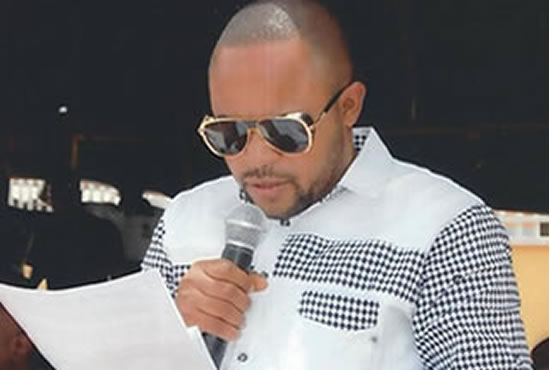 Obuseh Jude holds a Bachelor of Science (B.Sc.) Honours Degree in Political Science, a Master of Arts (M.A) post-graduate Degree in Peace and Conflict Studies from the premier University of Ibadan, coupled with other professional qualifications. His areas of research interests are: International Security Administration, Peacebuilding Strategies and Early Warning Mechanisms. As the Executive Director of CPPBI, he has been in the forefront of peace building and other multi-track initiatives that are directed towards the prevention of violent conflicts and the construction of enduring structures of positive peace in Nigeria and Africa. Sequel to the establishment of CPPBI, he worked as a research analyst, tutor and facilitator. He has organized and participated in several – local and international – workshops and seminars on peace building and conflict prevention, helping in hashing out and streamlining strategies aimed at preventing the eruption of violent conflicts.

Jude is an eclectic researcher and writer whose incisive publications – articles, position papers and other well tailored works – on peace building, conflict prevention and other significance human interest issues are constantly syndicated in both local and international media – regular and social. He is a key contributor to various publications detailing outcomes of researches undertaken by CPPBI and those carried out in collaboration with other Track 2 organizations, and specific interventions and initiatives undertaken by the organization. He also meets regularly with policy makers and other government officials to make representations on key peace building and security issues.

He is central to CPPBI’s successes in the training, mobilization and capacity building of individuals, organizations and local communities in various parts of Nigeria and Africa, geared towards recognizing those visceral factors that are capable of resulting in violent conflicts. He is a seasoned peace scholar and practitioner whose passion for peace work spurred the establishment of CPPBI.

Apart from peace work, Jude is also a fervent social commentator, a political analyst, motivational speaker and leader of thought.

Joseph Chukwuka holds a Bachelor of Science (BSC) Degree in Sociology from the University of Ibadan where he emerged valedictorian of the class of 2003. He is an accomplished social researcher whose specialization is in the areas of Crime and Delinquency and Race Relations. Chukwuka is the Program Officer ofCPPBI, where he is charged with the responsibilityof developing and implementing CPPBI’s CRIME BURSTERS PROGRAM (CBP) as well as the CONFLICT TRACKING AND REPORTING PROGRAM (CTRP).

Prelude to joining CPPBI, Chukwuka worked in the Consumer and Retail Banking Departments of Zenith bank Plc, where he was a Senior Executive Assistant – prior to his voluntary exit in June, 2009 – and Mainstreet Bank, formerly Afribank, where he functioned as a Senior Banking Officer and Team Leader, before exiting on his own volition in November, 2013 to pursue a Postgraduate Master’s Degree in Global Political Economy (GPE) in the University of Kassel, Germany. During his over 8 years of banking, Chukwuka, as a Banker’s Union representative, actively participated in peace building workshops at branch level to help in creating a peaceful work environment.

Chukwuka is amiable, witty, a student of life and lover of the outdoors. He has a flair for public speaking, networking and organizing.

Uchenna Opara holds a Bachelor of Science (BSC) Degree in Political Science, a Master of Arts (M.A) Postgraduate Degree in Peace and Conflict Studies, from the University of Ibadan, coupled with other professional qualifications. He is the Operational Research Officer of CPPBI. In conjunction with working as CPPBI’s Operational Research Officer, Uchenna also functions as a Lecturer in the Department of Political Science, university of Ibadan. He has written and presented several position papers on peace and conflict themes.

He is an accomplished peace researcher and practitioner with several years of field experience. His published works on the subjects of peace and conflict have become key source materials for other researchers and practitioners in the field. Outside being a tutor and peace worker, Uchenna also functions as a political consultant, an avid public speaker and human rights activist who believes in the equality of all members of the human species; a belief that drives his passion for the enthronement of justice in the Nigerian society and the world at large.

Okwaraoha Vitalis Chijoke holds an LLB from Imo State University where he graduated on top of his class. After graduation, he proceeded to the Nigerian Law School, Abuja Campus, where he completed his professional qualification studies and became a Barrister and Solicitor of the Supreme Court of Nigeria upon his call to the bar.

Prior to joining CPPBI, Chijoke worked as an Associate with the Law firms of Peter C. Mbam and Co., Emeka Etiaba and Co, and V.C Okwaraoha and Co. Currently at CPPBI, he functions as Staff Attorney. His work entails using the law, research, advocacy and litigation as potent weapons for fighting economic, social and other forms of injustice in the society that are capable of endangering the peace.

He has developed specific legal expertise on a variety of issues, especially those bordering on the impact of governance on the rights of individuals. He has led and served as member to specific research projects undertaken by CPPBI. He was part of the CPPBI fact finding team to Nigeria’s North-Eastern States of Borno, Yobe and Adamawa to carry out on-the-spot impact assessment of the Boko Haram insurgency on the indigenes of the region. He has also participated in international conferences organized by CPPBI and other organizations in the multi-track diplomacy spectrum, and has served as resource person at CPPBI organized strategic seminars and workshops across the continent. Chijoke is also an avid football fan, a family man and student of life.

Obuseh Nkonye Franca holds a Bachelor of Arts (B.A) Degree in Linguistics from Delta State University. As the Community Relations Specialist of CPPBI, she’s responsible for the execution of CPPBI’s community mobilization and sensitization strategies. Her core function as CPPBI’s CRS is creating opportunities, experiences and mechanisms that allow for individuals, groups and organizations to make their contributions to peace building processes. She’s also in charge of development, design and implementation of CPPBI’s community-based programs.

Franca’s obsessive passion for community work influenced her decision to join CPPBI. She previously worked as a Media Relations Officer before joining CPPBI. She is an avid humanitarian who aims to become the standard to beat at what she does.

William James Arthur is the Assistant Operational Research Officer of CPPBI. He holds a Bachelor of Arts (B.A) Degree in History/International Relations from Abia State University, Uturu, and a Master of Arts (M.A) Postgraduate degree in Peace and Conflict Studies from the University of Ibadan. Prior to joining CPPBI, Williams worked as a Senior Research Officer with Caronik Securities Ltd where his job description included: Security Data Analysis, Early Warning Building and Company and Government Liaison. He is a member of the Society for Peace Studies and Practice (SPSP). 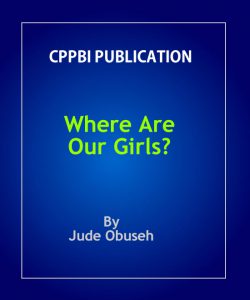 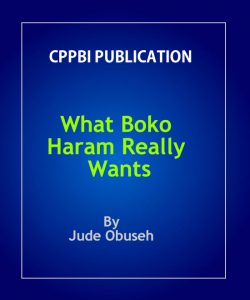 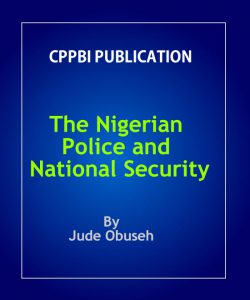 The Nigerian Police and National SecurityDownload 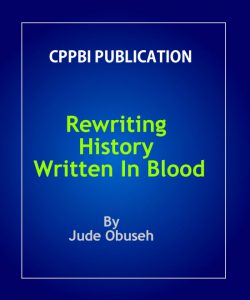 International Day for the Elimination of Racial Discrimination

International Day of Sport for Development and Peace

International Day for the Elimination of Sexual Violence in Conflict

International Day to End Impunity for Crimes against Journalists